The beginner’s guide to video poker 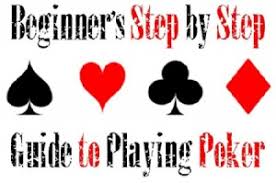 Of all the card game you can play at the casino, poker is the most iconic. Yet the images it conjures up of card sharks sitting around a table trying to out-bluff one another make this a game that beginners are often nervous about approaching. The good news is that the internet age has brought numerous new variations of the game that allow you to get to know the rules and learn some basic strategies without having to face off against experts or play big stakes. These include games like tri card poker and Caribbean stud.

However, by far the most popular game for beginners is video poker. There are dozens of video poker apps that you can play just for fun, before moving on to a site like comeongames.com to try your luck for real money. Here are some pro tips to get you started.

In video poker, you are dealt five cards face up. You can then choose which to hold and which to discard. The ones you discard are redealt to give you your final hand. The screen displays a pay table showing what each hand is worth, and typically it will start at even money for two Jacks, Queens, Kings or Aces, right up to a jackpot that might be as high as 500/1 for a Royal Flush, which is the 10, Jack, Queen, King and Ace of the same suit.

In between, and in ascending order of value, are the following winning hands:

The key to success is knowing which cards to hold and which to discard. There are various strategy guides available online, but in short, you should always hold any cards that are already winners, for example if you are dealt three Queens. Also, hold a pair, even if it is a low-scoring one as it improves your odds of ending on two pair.

Usually, it is obvious what to do, but sometimes you might scratch your head. For example, suppose you are dealt the two, five, seven and Jack of hearts, plus the Jack of spades. Should you hold on to the pair of Jacks and discard the rest? Or discard the Jack of spades in the hope of being dealt another heart for a flush? Some of the free apps have useful checkers that tell you whether or not you have made the optimum play, and these really help you develop a winning strategy.

You will see numerous video poker games on offer. They all work the same way, it is just the prize tables that vary, and some have additional twists such as deuces wild, where the twos act as wild cards. Feel free to try them all, but while you are getting started, Jacks or Better is a good choice that keeps things simple.